A Comic Book Artist Is Murdered And The Suspects Are Characters From His Book. META is Coming This August From SCOUT COMICS! Logline:
A comic book artist is murdered and the suspects are characters from his own comic book. Enter META—Metalinguistic Crimes Division—a secret police unit that investigates crimes related to fourth-wall breaks.

When a comic book artist is murdered in a weird fashion, META takes the case. Alan, the victim’s brother-in-law and a frustrated, wannabe writer, gets involved in the investigation, and discovers he can somehow enter comic books at will. He also starts unlocking repressed memories from his childhood, when he lived in several fictional worlds.  Now, Alan and META need to work together to find Alan’s kidnapped sister, before she suffers the same fate as her late boyfriend.

“META is an ambitious project 10 years in the making, and I’m thrilled it will be my first entry to the US comic book market. I hope readers will find it as exciting to read as it was for me to conceive. A shout-out for Scout Comics for the partnership, which I believe will be the first of many. It’s great to know my baby is in the hands of a team of comic creators and enthusiasts. Also, I’ve talked to the characters in META—they said they’re pretty happy too… so there’s that.” (Marcelo)


"It's awesome to be part of this great creative family at Scout, with so many new artists. I hope you like Meta as much as I enjoyed making it." (André) 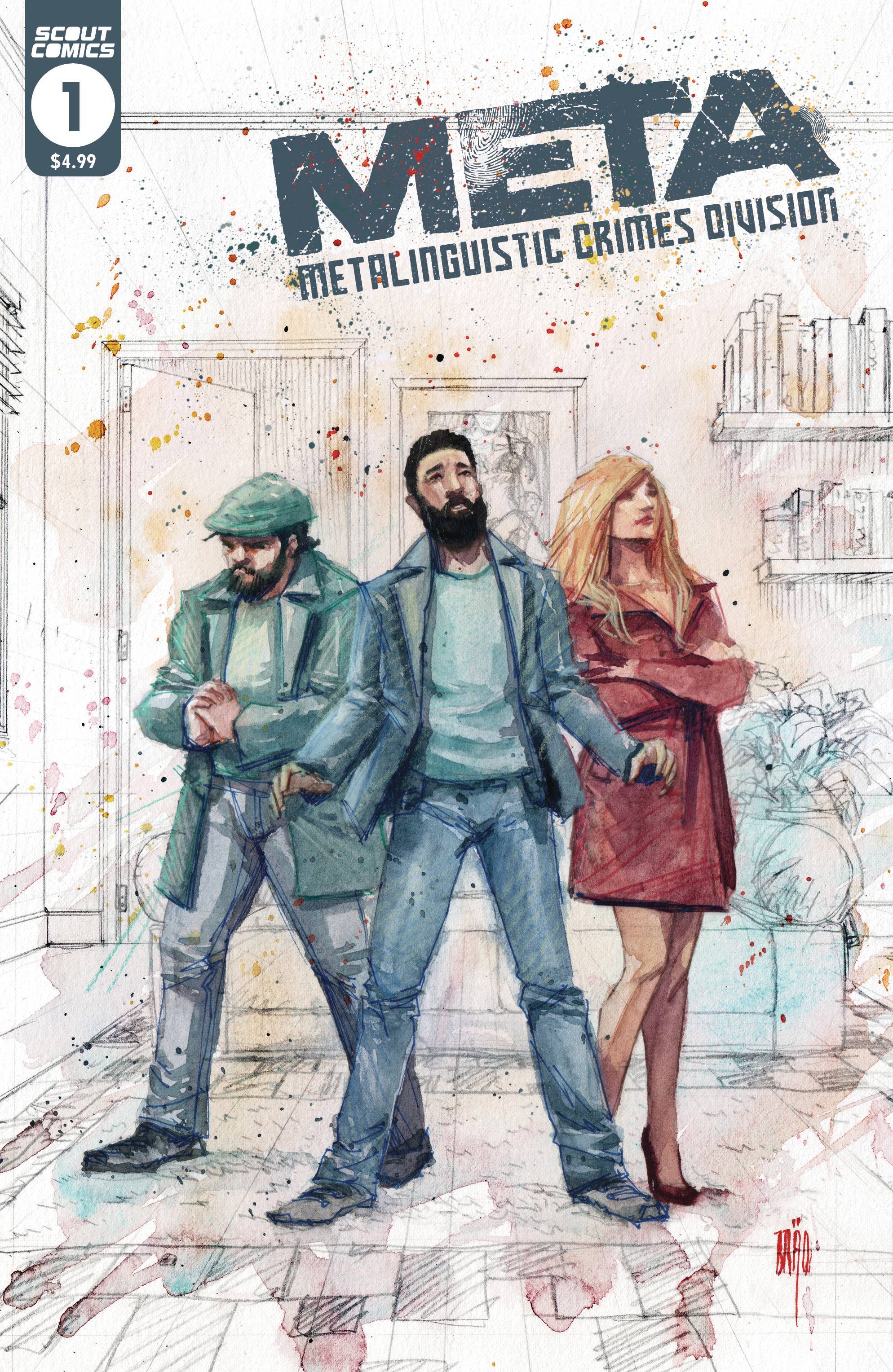 Star comic writer Agatha finds her artist boyfriend murdered and believes that the comic book characters they created together are to blame! Her brother Alan, a wannabe novelist, arrives to offer Agatha support in her grief and accidentally finds himself drawn into an unfinished comic book page! Adding to the confusion, a police unit that specializes in "meta-crimes" arrives and starts investigating the case. Without doubt, things are about to get much worse for Alan and Agatha.