A very unlucky clean-up crew dealing with the aftermath of Black Friday discovers that years of pent-up negative energy has released something very evil and dark into their superstore, just the way corporate wanted. 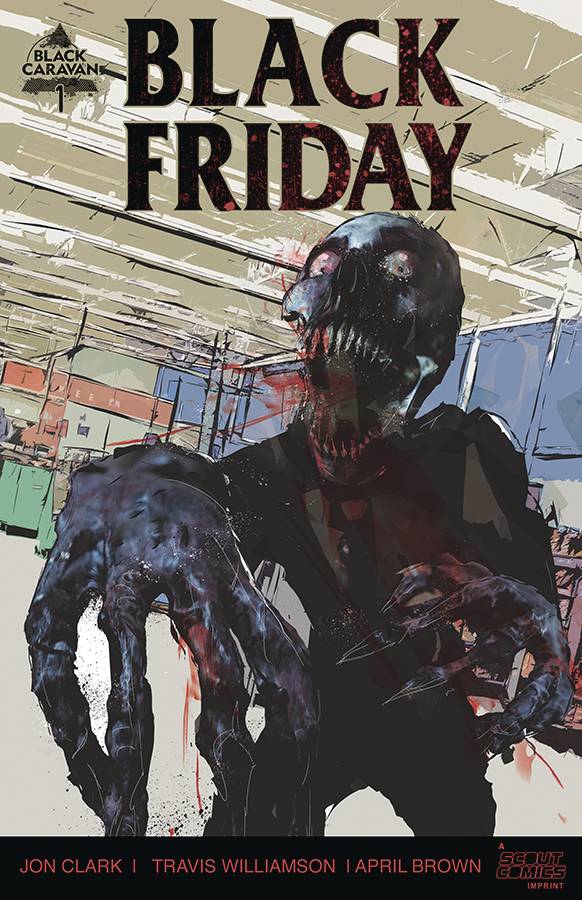 Pent up negative energy has been building up in the local superstore, Star-Mart, from yearly, monthly and daily “deplorable” things that happen there. Javier and a few other unlucky employees are cleaning the aftermath of a particularly awful Black Friday, when Ceci discovers a trail of blood that leads directly into the toy aisle. Beneath it, they discover what appears to be a sheet of glass inlaid in the floor, and numerous freakishly large dead humanoid-like bodies -- only, they aren’t dead. They’re alive and begin to break free and attack the workers with a vicious hunger. Javier and his coworkers must battle their way through the store to survive and uncover the real, even more sinister reason why the creatures are here.

There’s a demon infestation in Star-Mart, and it isn’t that day’s crazy shoppers, this has been building, waiting, and about to pounce on them in an onslaught of nonstop pure evil. Can anyone survive the day that puts them all in the black?